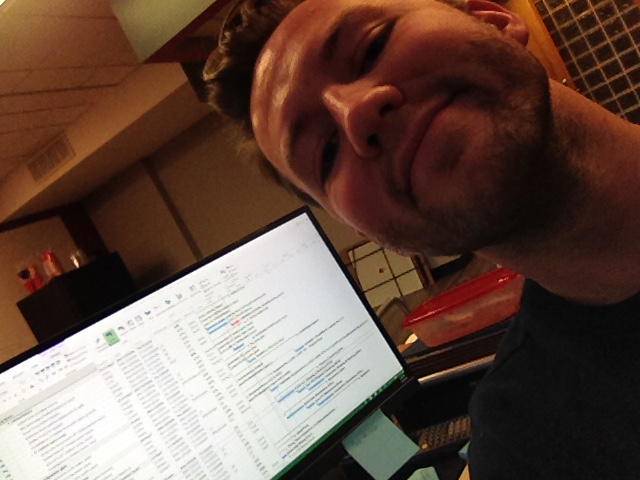 Project Managers use the term “critical path” to describe a sequence of interdependent activities or tasks that must be finished before the project can be finished. It includes the assumption that each one of the tasks must be completed before the next can begin, so any delay in any task will delay the entire project. It is the longest path from project start to finish. At the same time, the longest path is the path that shows the minimal time in which a project can be completed. If there is a delay in one activity of the path, the whole project will be delayed accordingly.

The critical path method, or CPM, is a very effective tool for scheduling tasks and keeping track of activities by visualizing them in a Gantt chart. It is used to plan a project by defining each necessary step in it and estimating how long each will take. Critical path project management is a technique used to complete projects on time by focusing on key tasks. The one path through all the inter-connected tasks is the fastest avenue to take when completing any project. By focusing on the tasks that make up the critical path, we maximize the chances of completing the project on time.

An Example of CPM

A simplified example of critical path project management is this project plan for building a house. First, all the tasks in the project are listed in the Work Breakdown Structure (WBS), then the dependencies between the tasks are determined, and the duration of each task is calculated.

Most project management software programs will calculate a critical path for you – we use Microsoft Project to build project plans. The more complex the project, the more necessary software becomes. However, you can often determine the critical path yourself in simple cases.

Start with the earliest task, then determine which tasks can’t start until that one is complete. The longest of these tasks is the next task on the critical path. Next, figure out which tasks depend on completion of that second task, and the longest task among these becomes the third step in the critical path. Continue this process until you reach the end of the project.

The tasks, their dependencies, and durations are shown in the chart. The critical path is outlined in red. Using this task list, you can see that the tasks that make up the critical path are 1, 2, 3, 4, 10, 11, 12, and 13. You’ll have some extra time to complete the other tasks (5, 6, 7, 8, and 9) if necessary. It’s important to keep an eye on the other tasks as well, because they could become critical path tasks if something happens to extend them.

Maximize your chances of completing your project on time by calculating the critical path and managing the tasks that make it up. Just remember that you can’t put critical path project management on auto-pilot. You need to make sure that no other task slips to the point that it becomes a critical path task.